Two days ago- I wrote a social media post about being a single mom. The caption to my photo said that the excuse "I'm a SINGLE MOM" isn't a reason to whatever you are using it for.

The response to that post was extensive to say the least.

A really amazing result of that post was one of the MOST powerful conversations I've ever had with my Teen son.

And, when he read the comments- he said "Why don't you just tell her about all you do? Maybe if she understood she would stop."

Which I answered: "People who are on warpaths- rarely stop to listen to reason. I choose to use my energy otherwise."

But, here's the conversation that ensued.

I think it's valid and important to share it more in depth here.

Something I’d like to address.
In 2010, my kids’ dad and I separated.
In 2018 I married again.
In that time period- I went from a Stay-at-home mom, with little job skills I could list on a resume- to working 3 jobs; which included 2 businesses.
The choice for me (not saying for anyone else) was to stay off welfare or food stamps... etc.
There were times we had no food.
There were times that we had no furniture- because I sold it for food.
There were YEARS that I worked 7 days a week... EVERY WEEK.
And through the years: as I created workshops and classes and products- more than ANY OTHER demographic: Single Moms messaged me privately asking if they could come to my events for free, have product for free.
And they finished their requests the same way “because I’m a single mom.”
So, I want to address this in this way:
Being a single mom isn’t a reason.
Saying so undermines you.
Change your mindset and language.
It’s ok to say:
It doesn’t work for me right now.
Working with my finances and priorities right now.
Budgeting for next year.
When we excuse ourselves by the SINGLE MOM term- it makes kids feel bad. AND... it leaves a poverty consciousness in your psyche.
As a single mom- I made 1/3 less money than what our annual intake was when I was married.
I also traveled across the world, trained in Shamanism and Reiki and Access Consciousness.
I saved ONE YEARS worth of income for a rainy day.
I paid off my car.
I bought my own home.
Bought a car in cash (a cheap car! But still!)
I built a life that I could afford (not a glamorous life or high end life)
And I did this with LESS MONEY AND TIME than I ever had married.
I’m not saying this to brag- I’m saying this because it matters.
I’m saying this because we sell ourselves short.
Being a single mom didn’t disempower me- it created the unbreakable passion to survive and take care of my kids.
Being a single mom was the MOST POWERFUL thing I’ve ever done.
Yes, I’m so so grateful and happy for my spouse now- but that isn’t my success story.
The journey is. 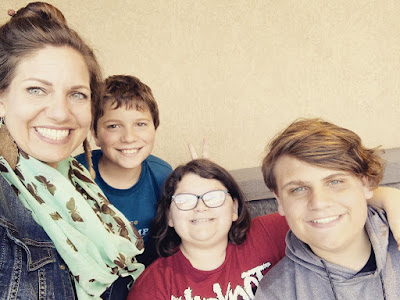 You see, my children have walked this path over the years with me. I was never alone, and all the choices I made- directly effected them.
This is an intimidating and terrifying reality for Single Moms (ALL Moms.)

They witnessed the poverty and heartache- the abusive boyfriend, the empty pantry, the car being repo'd, the house being foreclosed on and having 30 days to find a place to live.

They witnessed my pride that wouldn't let me go on state assistance (which I reflect on and don't know that I would make that same choice again) or move in my with parents and they also witnessed the multiple jobs and relentless hours I worked- from home and away from home.

They heard me cry at night. They were the brunt of my exhaustion as I snapped at them or lost patience from being sleep deprived, stressed, and depressed.

They were, and are my greatest inspiration, loves, and graces through it all. They are the reason that when over and over I wanted to give up- I didn't. They are MY HEROES. Through it all- they loved me, forgave me, and ate ramen noodles on the floor with me when we had no sofa and didn't complain.

So, the conversation with my son was this:

"I want you to know that ALL the struggle we faced- was not because I have you kids. WAS NOT because I was a SINGLE Mom.

We struggled, because I never prepared my life, my foundation, myself to take care of myself and you.

I didn't get an education, or business skills or set aside money- because I took for granted that I would be married for life and that my husband would provide for me.

I also want you to know that our struggle is not your dad's fault. He thought- just like me; that we would stay married for life too.

Child support or no, it was me- I was the one who did NOT prepare financially, physically, or emotionally to take care of myself and you kids- before it occurred."

My son listened quietly, sitting near the foot of my bed; he's 16- just two years away from being a grown man. I watched his face in the lamp light and thought of the past two decades- of him as he's grown, remembering him as a small boy and seeing him now, a young man who is 5 inches taller than me.

"When this baby is here, you'll see just how much work it is to take care of a small child." I explained to my son "and when you kids were growing- even though I didn't work outside the home- I worked. I worked around the clock and did all I knew and understood to be a good mom. Mom's work. I worked- but I never created a foundation for the circumstance that I would be the financial provider for you.

Dad and I divorced; why we did- doesn't matter, but it could have been anything. Death, disability, addiction, or even just the freedom for HIM to stay home and perhaps follow a dream instead of go to a 9-5 job. Instead of creating a foundation to protect you guys and myself: I left my future and yours in the hands and circumstances of another person.

I don't blame your dad.
And I don't use the excuse that it's because I was a 'single mom,' because it's not true any more than a man who says he can't have what he wants because he pays child support is true.

I was grateful and surprised that I had kept my son's attention for so long, and it was getting late.

"I love you. You guys are the best thing that ever happened to me- AND if I can give you ANYTHING- I hope it's an example. Not to follow my footsteps in many ways and to use more wisdom than I did. I believe it's important for EVERY person to have the ability to take care of themselves- regardless of gender; and I didn't think that for a long time."

My son and I chatted for a little while longer and finally said "Goodnight."

And our night was over.

I understand that there are some people who feel pointed at or judged or condemned when I write my experiences or perspective.

I don't intend that- but I'm not perfect either.

I personally believe no matter where you come from, what past you have, or education or trauma- you can rise above and stand on your own two feet.

I have seen it from a multitude of examples.

The term SINGLE MOM isn't a sentence to poverty or inability or condemnation- and it CERTAINLY isn't the reason some of us are in unfortunate situations.

If we concede that it's because "I'm a single mom" that we are broke or hurt or afraid- then we are also subconsciously conceding to the idea that it is because of SOMEONE ELSE (usually a man) that is to blame and therefore the power to fix it also lies in SOMEONE ELSE'S ability.

Sometimes I'm broke.
It's no ones fault but mine.

I'll take it.
I'll own it.
Because in the accountability, the ownership- if I created it- I can uncreate it. I can create something different.

I'll take the lesson every day and when I think of myself as a SINGLE MOM- It's a place of empowerment and courage.

That term means Tenacity, Courage, Boldness, Endurance, Humility, Trust and Surrender to me.

Not less than or unable.

So, you decide for you.

If you are a single mom- I'm cheering you on.

Single Mom is a definition of what your parenting position is: not an identity or branding.

And, I like to say: "I am the Head of my Household." versus the term Single Mom- I use it more.

Have a blessed day.
My hope is that this post assists you in encouragement. 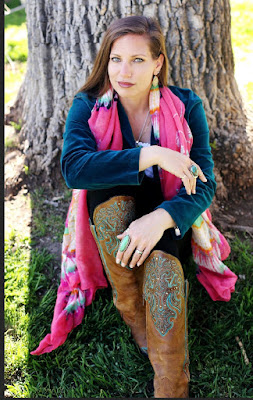