Hold on to your herbal tea.

This may be an eye opener for you.

We live in America, we live in Utah.

1923 – The first version of an Equal Rights Amendment is introduced. It says, "Men and women shall have equal rights throughout the United States and every place subject to its jurisdiction." https://www.usnews.com/news/the-report/articles/2017-01-20/timeline-the-womens-rights-movement-in-the-us 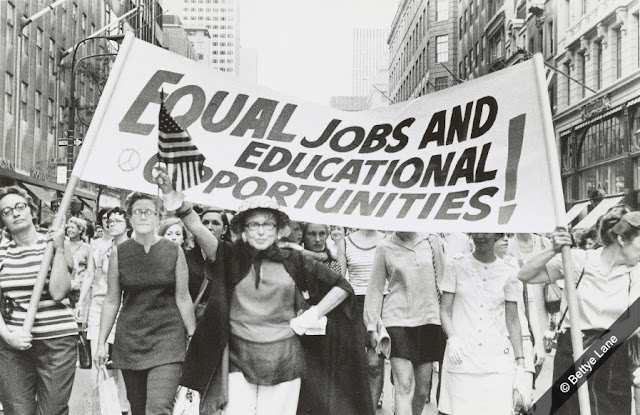 A friend of mine works for a company set up as a “Non-Profit.” She has been with them for almost as long as she can remember- her family has worked for the company in some way or another for 3 generations and so even as a child, she remembers being involved with many of their policies and meetings and procedures.

(Now, bear in mind, that “Non-Profits” often make profits. Example: THE NFL started as a “Non-Profit”) and this particular “Non-Profit” she works for is one of the wealthiest companies on the planet. It has MASSIVE real estate holdings, and other lucrative businesses underneath the “umbrella” of their primary company. *1 *2 *3

This Business, is pretty amazing. Having been around for close to 200 years, it has evolved and grown worldwide. Its primary focus is service, based in community programs and networks empowering small and large communities across the globe; from the elite rich in New York City- all the way to the African village with dirt paths.

They have been integral in disaster relief, following earthquakes or tsunami’s, food and medical supply to many remote places in the world, education and self-improvement courses, and clean water projects.*4 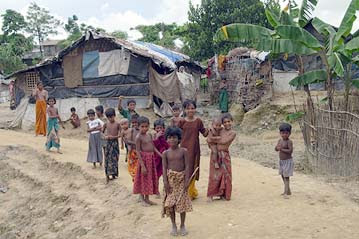 My friend LOVES her company and actually holds a fairly prestigious position in it, with leadership responsibilities and has the ability to do and has done a lot of good- most of it without recognition and she isn’t the type of person to ask for recognition anyway.

What I find interesting though, is that my friend talks a lot about “Women’s Empowerment” and claims to be a “Feminist.” I find this interesting because the company she works for is SEXIST. Originally it was established by a different culture and has kept many of the “Men know best” protocols that were instituted in the founding of the business.

When the company was set up in the 1800’s, “Women’s RIGHTS” weren’t really a thing. There were no laws supporting women’s equality, either in the workplace or at home. The culture that founded my friends company is a very patriarchal society. In fact, originally, the women in the company were expected to wear full dress apparel, sleeves to wrists; pants and skirts to ankles, with no “embellishments” such as flashy jewelry or even ribbons and extra “fringe” on clothing. They were expected to wear their hair back, under the idea that seeing a woman’s hair down-exposed was a husband’s privilege. The company still holds a very modest standard for women (which I wish MORE companies did!), but much more relaxed than it was in the past. (Progress, right?!)

Here’s the main reason I’m taking the time to write about this at all:

In her company, women CAN NOT hold decision making positions. In her company, women CAN NOT be heads over programs or group assignments of men. They can be contributors, counselors, and work side by side- but DECISIONS are ultimately up to the men. The President of the company is and has always been MALE and it’s written in their policies that a WOMAN can ONLY ever at most be 2ndin command (FOREVER) at the highest level of executive ship and IF she reaches that level (which she probably won’t) she STILL CANNOT hold any authority positions or run any programs where she oversees a male other than her own sons.

Let’s break this down:

THIS BLOWS MY MIND. 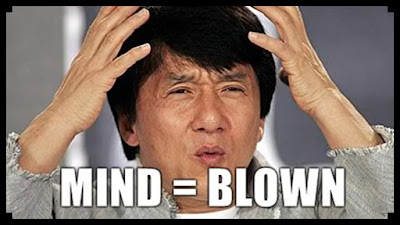 In speaking with her I asked, “Do you realize this is sexist?” and she responded “I don’t really think so- I feel very valued and appreciated there. It’s just the way it is and has always been. I knew that going in.”
(remember, she has more or less been part of the company since she was a kid- following her parents foot steps)

She truly feels that because of all the good that the company does, whether or not she has the right to achieve the highest level in her company or not shouldn’t matter. It’s not about where you are in the system as much as it is about the service they give and the work that they do that’s making the world a better place.

I admire her for her humility and dedication. I think it’s amazing how she is able to give so much of her life and time to this company- KNOWING that she’ll never have a full say in it.
She also sees that by being the leader over so many of the women’s programs that are set up in the company she is able to make a big difference in young girls lives.

BUT- here’s my question to you reading these words: Is she really a feminist? Can you BE a feminist and work for, promote, and enroll others (for an annual fee) into a company that doesn’t offer equality? *6

I asked her why there isn’t equality and she doesn’t even feel like that’s an issue. “It’s not about equality- it’s about different ROLES. Women have different ROLES than the men.” I prompted her to explain.

“Women’s most important role is taking care of children. They are better suited to it than men. As such, by not having the responsibility of the higher positions in the company- we are more available for our families. It’s a way of honoring us, not limiting us.”

Not sure how to process this in my brain.

PARENTS are important to children.

So, let me ask again: Can my friend BE a feminist and still work for this company? Is she feminist if she believes this is “just the way it is?” 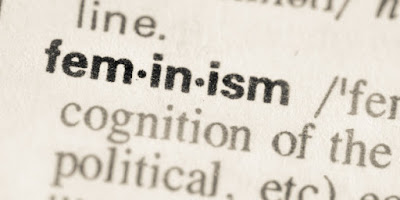 Is it out of INTEGRITY to work for a company like this and claim to be a feminist? To be a woman who empowers all other women?

Is this the message we want our daughters to have?

BE ALL YOU CAN BE- but only lead women. Men ultimately get to make the decisions and have all the say and control.

IN FACT; ONE OF THEIR COMPANY POLICIES IS THIS: IF THERE IS A DISAGREEMENT AMONG A WOMAN AND MALE OVER THE LEADERSHIP OF A PROGRAM AND THERE ISN’T AN OBVIOUS RIGHT OR WRONG SOLUTION TO THE DILEMA; THE JUDGEMENT WILL SIDE WITH THE MALE. *5

(yes, that was all caps on purpose)

If you’re still reading this- are you as confused as me????

Do we get to justify that because it’s just the way something has been done for 200 years it’s the way it is? Because a company is outside the regular jurisdiction of the law based on their TAX status- is BLATANT SEXISM okay?

If the women in the organization themselves are just FINE with the policies and don’t see them as inhibiting at all does that make it okay?

Is it “SEXIST” if everyone in the company is happy with the arrangement?

I would say YES. It’s SEXIST.

YES. The company is racked with BLATANT SEXISM.

But, IF everyone WITHIN the organization is okay with the policies; and IF they are doing all the great humanitarian and continued education work they are that is making the world a better place- then perhaps it’s none of my business or anyone else’s whether it’s SEXIST or not.

But, let’s call a SPADE A SPADE.
It’s SEXIST.

You can’t claim to be FEMINIST and continue to support policies that are BIASED based on nothing more than GENDER.
It’s called discrimination.

According to the Oxford Living Dictionary FEMINISM is described as:
The advocacy of women's rights on the basis of the equality of the sexes.

You can still be part of the organization. You can still dedicate your life and money and time to doing GREAT GOOD in the world- and those commitments are noble and inspiring. But NO, it’s not equal. It’s not fair. It doesn’t make sense.

Now….. scroll to the bottom of this page….

Reread the article. Only replace all the references to the business/company with RELIGION. 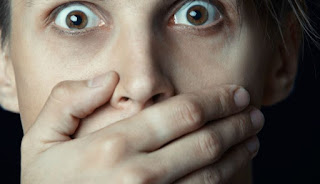 *1 https://www.businessinsider.com/why-is-the-national-football-league-given-tax-exempt-status-2012-3
*2 The LDS Church is RICHER than the VATICAN btw. https://fox13now.com/2018/05/30/mormonleaks-lds-church-controls-billions-of-dollars-in-investment-funds/
*3 Brigham Young Whiskey Company https://www.utahhumanities.org/stories/items/show/224
*4 https://www.lds.org/topics/humanitarian-service?lang=eng&old=true
*5 “[The priesthood] is … the power of God delegated to man by which man can act in the earth for the salvation of the human family” (Joseph F. Smith, Gospel Doctrine, 5th ed. [1939], 139). The Lord has assigned to men the chief responsibility for the governing and presiding over the affairs of the Church and the family.” Brigham Young

Some Important Clarifications and disclaimers to make:

I am not against the LDS faith in anyway and did my best to cite some of the wonderful things I feel like the religion is about and engaged in across the world.
I also included most of my references from their sponsored site in order for readers to research for themselves the churches perspective and learn more about their organization as well as their humanitarian programs.

The "woman" in the story is NOT fictitious but is in fact a cumulation of many conversations I've had with many women who are active in the LDS Faith. And the truth is; these are all conversations and justifications I used to use in the conversations in my own mind as I've spent my entire life being raised in this culture.
The "culture" I refer to is the Patriarchal Culture predominant not only in Utah, but that still exists worldwide.

I have no malice for the LDS church and I encourage any and ALL of my readers to look into the faith with an open mind.

Also, if there are any derogatory or hate filled comments about the LDS Church as a response to this article, I reserve the right to remove them. Many of my most treasured friends and people I admire are active participants in the religion and do A LOT of good by being so.

The reason I wrote the article the way I did; referencing the Church as a "Company" is because so many times we can see something CLEARLY when we are looking at it without the FILTER of our conditioning.

It's easy to peg the practices in this religion as Sexist when we read about it as a company- but when we look at it through the filter of Religion- the most common response and explanation that I hear from both Women and Men is this "It's what God says."

I wanted to highlight that we can't claim to be feminist or say we support certain ideals in one area of our lives and simultaneously contradict them in other.
AND... that's ok.
You can be part of a sexist organization for your own reasons.
There's nothing wrong with it. It MAY even be the way "GOD WANTS IT" but it's still Sexist.