I remember I learned to channel in different ways, only I didn't call it that.

When I was a young teen and asked to speak in church from time to time, I found that if I stayed up late enough, and got tired enough then eventually I could just sit and write a page of whatever subject was given and not have to rewrite or edit it.... this was easier persay than struggling to write it.

I found that people in the congregation would come up to me afterwards from the speech and ask for copies of what I had said.

With artwork, if I try to "force" a sketch or drawing... it seems to never work out. BUT, when people hire me to paint commissions or drums I sit with the drum for a while... a couple weeks usually, in fact I tend to hang the blank drum in my living room. Day after day I look at it and eventually I "SEE" the painting on the drum. When this happens I just trace what I "SEE." 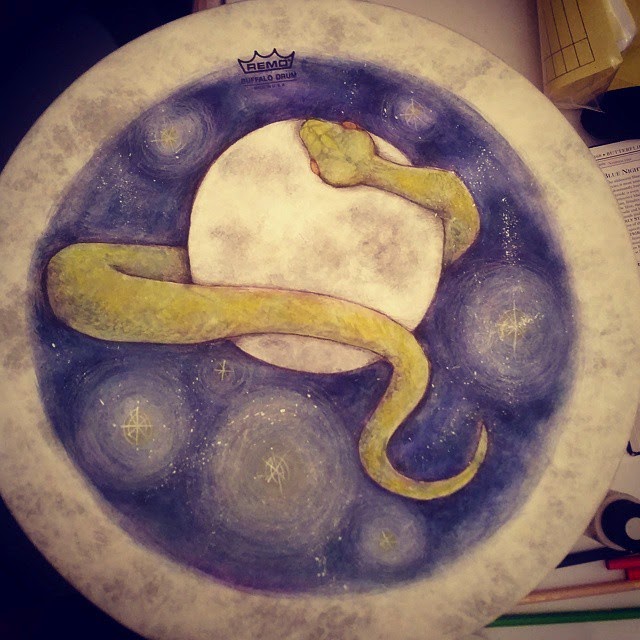 Once, a gentleman had hired me to do a certain painting and I called him after a few weeks saying "The painting you requested isn't showing up. Something else is." I explained the image that kept "arriving" on the drum and he was in shock. Apparently, it represented something that he had never told me or anyone else and it was sacred and important to him.

The image I saw is the one we painted.

When I am asked to paint a drum or carve a drumstick... it is an honor. I see it and deem it reverent and blessed.

I know that whatever we create on this side of 3D (3rd dimension) extends beyond energetically throughout the universe. I know that as we BEAT our Drums and come from the heart... the ECHO goes forward and backward in time and space.

I am so grateful to watch the way people are opening their hearts. 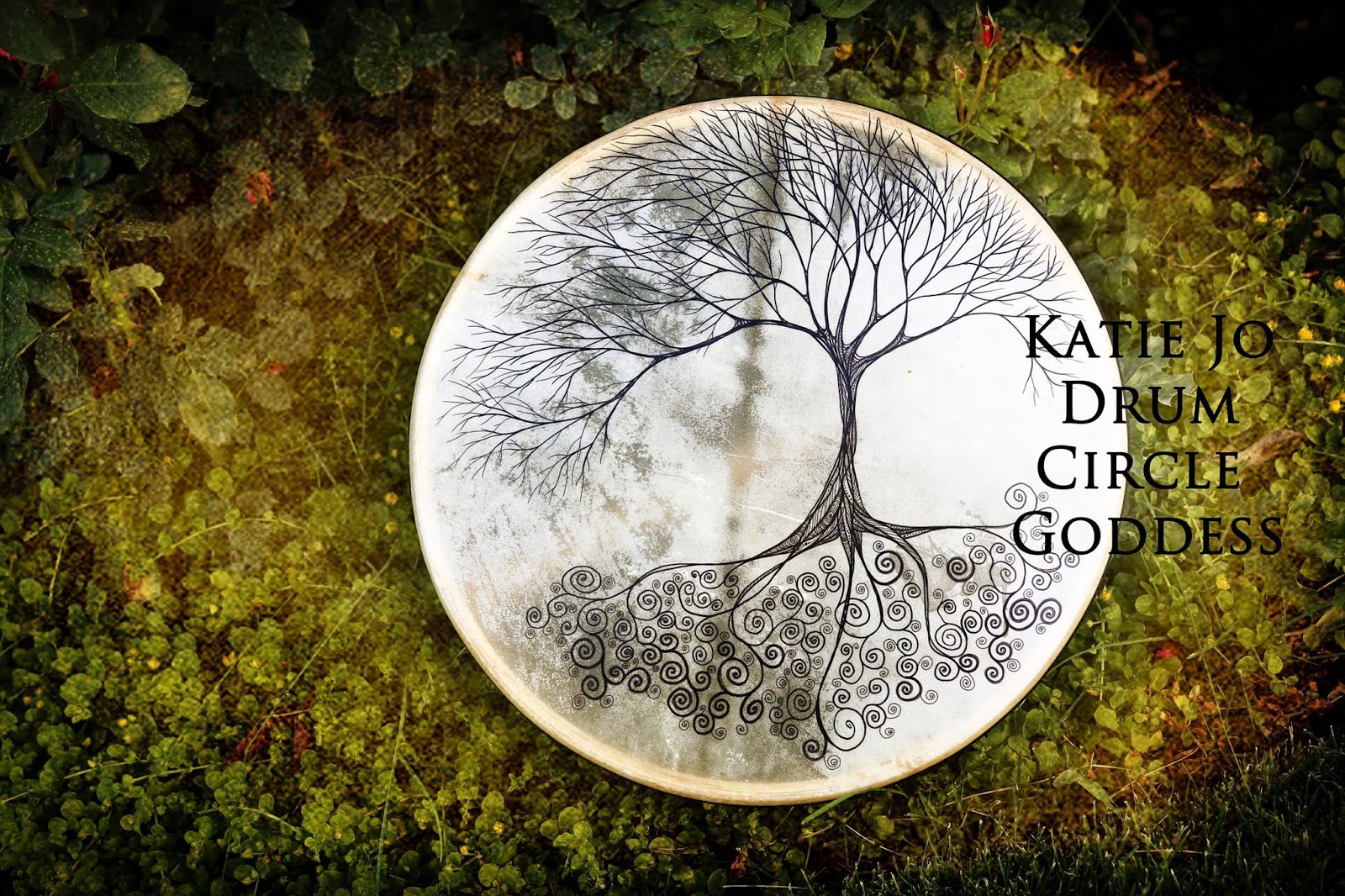